I’ve recently returned from The Past in its Place conference, held at Buckfast Abbey, Dartmoor. The conference was organised as part of an interdisciplinary research project exploring  the ‘history of memory’ in a range of English and Welsh locales from the early medieval period down to the modern era.

I heard many excellent papers at the conference, and have come away more interested than ever in the different art styles and forms of documentation and communication produced in the past. My own contribution was a short paper about the growing role of comics in communicating academic research to a wider audience, as well as their potential use within academia. (Anyone interested in this subject should think about coming along to the Applied Comics meet up in London on May 9th.)

I also created a comic for the conference (more on this soon), narrating two stories connected to the great lightning storm that struck Widecombe-in-the-Moor church in 1638. One of these stories is a folktale, which sees the Devil descending on the moors in order to claim the soul a local sinner.

The Devil was no stranger to Dartmoor, if the placenames and folklore of the area are to be believed. Among his many activities, the Devil seems to have taken an interest in trying to disrupt the building of churches in the area. As part of the workshop, we walked up the hill from Buckfast Abbey, to the site of Holy Trinity Church, Buckfastleigh. According to legend, 196 steps were built leading to the church in order to place the church out of the reach of the Devil, who was prone to pulling down at night any building work completed during the day. 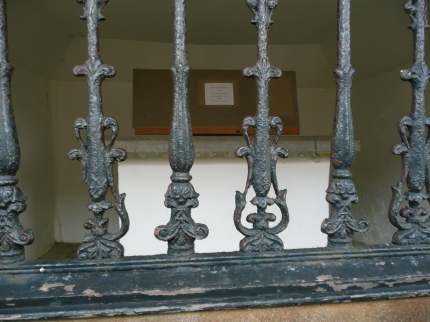 The church is also the burial place of Squire Richard Cabell, whose extremely dubious reputation led to tales of him rampaging around the countryside with a pack of hellhounds after his death in 1677. The folklore associated with the squire may (or may not) have provided part of the inspiration for The Hound of the Baskervilles.

The church has a complex and troubled history – incidents of body snatchers, lightning strikes, damage from bomb blasts, fires and rumours of satanic rites (see here for a full account). Following a devastating fire in 1992, the church was reduced to a shell, open to the elements.

On the day when we visited, the Devil seemed to be far away.

The sun shone and the graveyard was carpeted with flowers.

Watched by the jackdaws that nest in the church, we explored the ruins.

Everywhere, plants and tiny saplings, tried to claim the building. 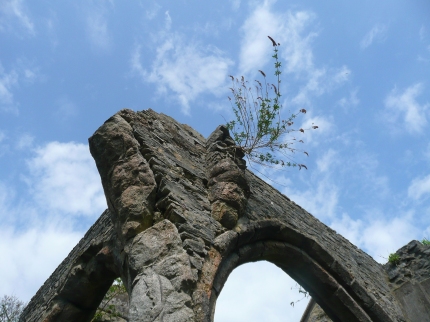 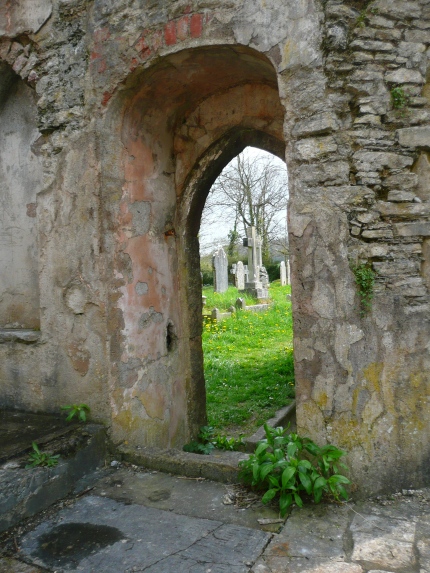 On a sunny spring day, the site was beautiful.

Still, I would not wish to go there at night, or suffer the consequences of running around the squire’s tomb seven times widdershins.